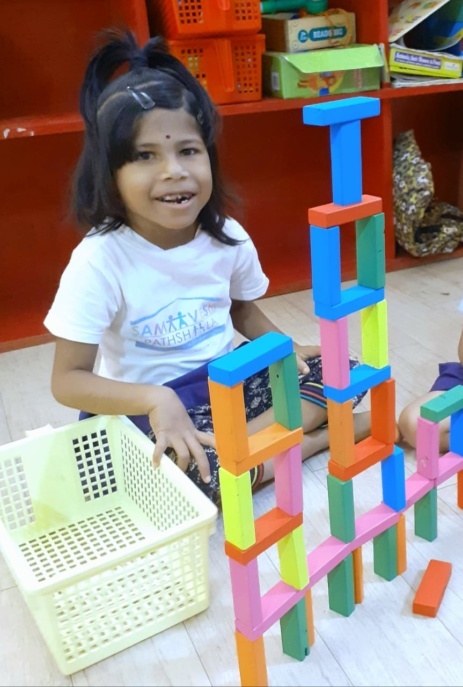 Arpita (6 years) hails from a tribal ‘Katkari’ family in Kashele village. Her parents are marginal farmers; her father also occasionally works as a daily wage labourer. She has five siblings and they all live in a two-room hut.

We identified Arpita during a baseline survey held across 30 tribal villages in Karjat block in 2017. Her parents described her condition as “mild speech impairment”. She would hardly speak to anyone other than her family, and wouldn’t play with children in the neighborhood.

In February 2019, Arpita was enrolled in our inclusive school, in Lower Kindergarten (LKG) level. Although she was keen to learn new things in the class, she didn’t speak to anyone in the initial weeks. She had some innate fear: sometimes when she came late, she’d sit outside the school for hours, and not speak a word.

Gradually, we started working with her through ‘individual and group sessions’. After a month of observation, we compiled an ‘individualised education plan (IEP)’ for her. Besides, we took a 15-minute ‘speech training session’, every day after school where she'd read words and recite short stories with a teacher.

TODAY, Arpita shows significant improvement in her speech abilities: she’s not as reluctant to speak to her classmates, although she speaks in broken words. She loves block games, drawing and playing in the swing. Of all, she loves to sing songs and recite stories to her friends and family. Her parents are among the most active members in our parents’ group, they attend the parents’ meeting regularly - and proudly share stories about Arpita’s education and progress to others. 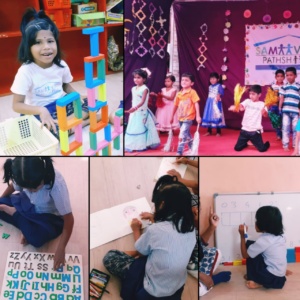