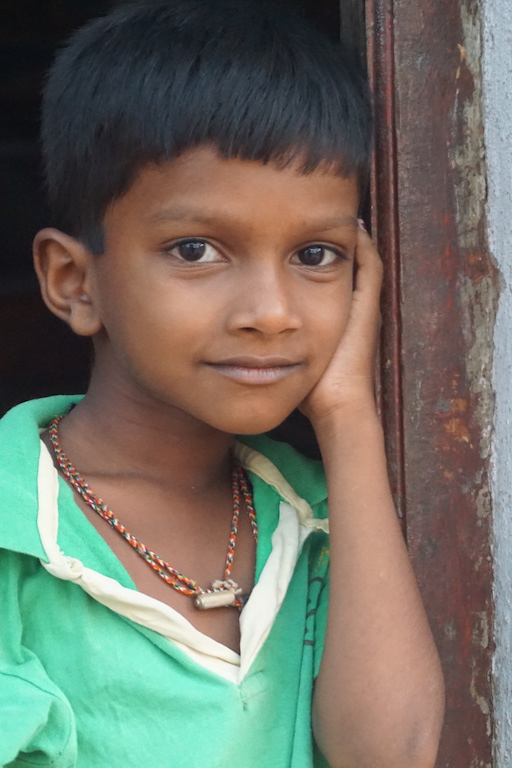 Tushar (6) was born in a tribal village at the footsteps of Sahayadri hills in Karjat block of Maharashtra. Father Santosh (30) and mother Vidya (26), both daily wage labourers, realised that their first child has a hearing impairment only when the boy was around two years old. Until then, they had no idea why their little one wouldn't respond to their calls or make attempts to speak as other toddlers do. A year later, when the parents took the boy to a hospital in Mumbai, the doctor confirmed that their son has a profound hearing loss and would require hearing aids to be able to perceive sounds. The real ordeal, however, started when the parents tried to enrol their child in a local school. The teachers just didn't want to admit Tushar, due to his impairment. They rather referred the boy to a special school in Karjat town, around 35 km from their native tribal village, Jamrung. Thus, at age five, Tushar was enrolled in 'Vinoba Niwasi Karnabadhir Vidyalaya', a residential school for children with hearing impairment, but the boy had to be taken home after just three days as he didn't want to stay away from his parents.

When we first met Tushar during our baseline survey in mid 2018, the boy was already six years old and his parents had given up hopes that he'd ever be enrolled in a school. "We tried everything possible, but in vain. While children his age go to school everyday, Tushar does household chores and plays with his younger sister all day. What can we do? As daily wage labourers, we barely make ends meet... I have lost all hopes of seeing him attend a school," said father Santosh, his voice filled with despair. Mother Vidya, added, emotionally, "I wish my child could attend school and learn like other children. He has his entire life ahead of him. He deserves to do well in life."

Later, as we revealed that Tushar could be part our inclusive kindergarten in Kashele, the parents' happiness knew no bounds. At ‘Samaaveshi Pathshaala’, one of the first things we did after enrolling Tushar was to conduct a comprehensive hearing assessment at ‘Ali Yavar Jung National Institute of Speech and Hearing Disabilities’, in Mumbai. A couple of weeks later when he received hearing aids, our special educator started speech therapy sessions for the boy. Gradually, Tushar began to participate in daily classroom activities and make friends with other children at school.

Tushar was quick to learn new concepts in class as we use ‘visual aids’ for every activity or lesson, under multi-sensory approach. For example: for storytelling sessions, we use narration, picture cards, video and role-play – to ensure all children irrespective of their disability can understand and enjoy the story. Similarly, for rhymes and songs we use a lot of action and movements to enable Tushar’s participation. Besides, sign language is one of the major subjects at our school, wherein all children learn basic sign language, making it easier for everyone to communicate with Tushar.

Of late, the boy has started communicating in sign language at school and at home. Besides, we interact and engage with Tushar’s parents on a regular basis, to ensure they are equal partners in their child’s learning. We also encourage them to observe classroom sessions, to help them understand how their child learns and engages with other children at school.

As a result, Tushar has made tremendous progress over the last six months. Besides academics, he’s also interested in sports, arts and other co-curricular activities. He loves origami sessions, and enjoys playing football during recess. “I’m happy that Tushar is finally able to attend school. He’s become more confident and expressive in the last few months. Of all, I’m happy that the boy now has a routine and is part of an inclusive classroom.” 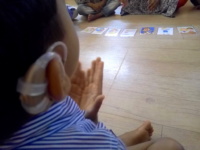 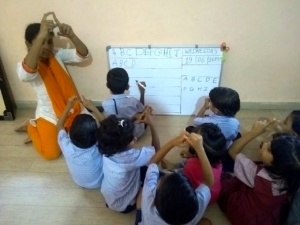 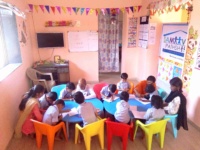